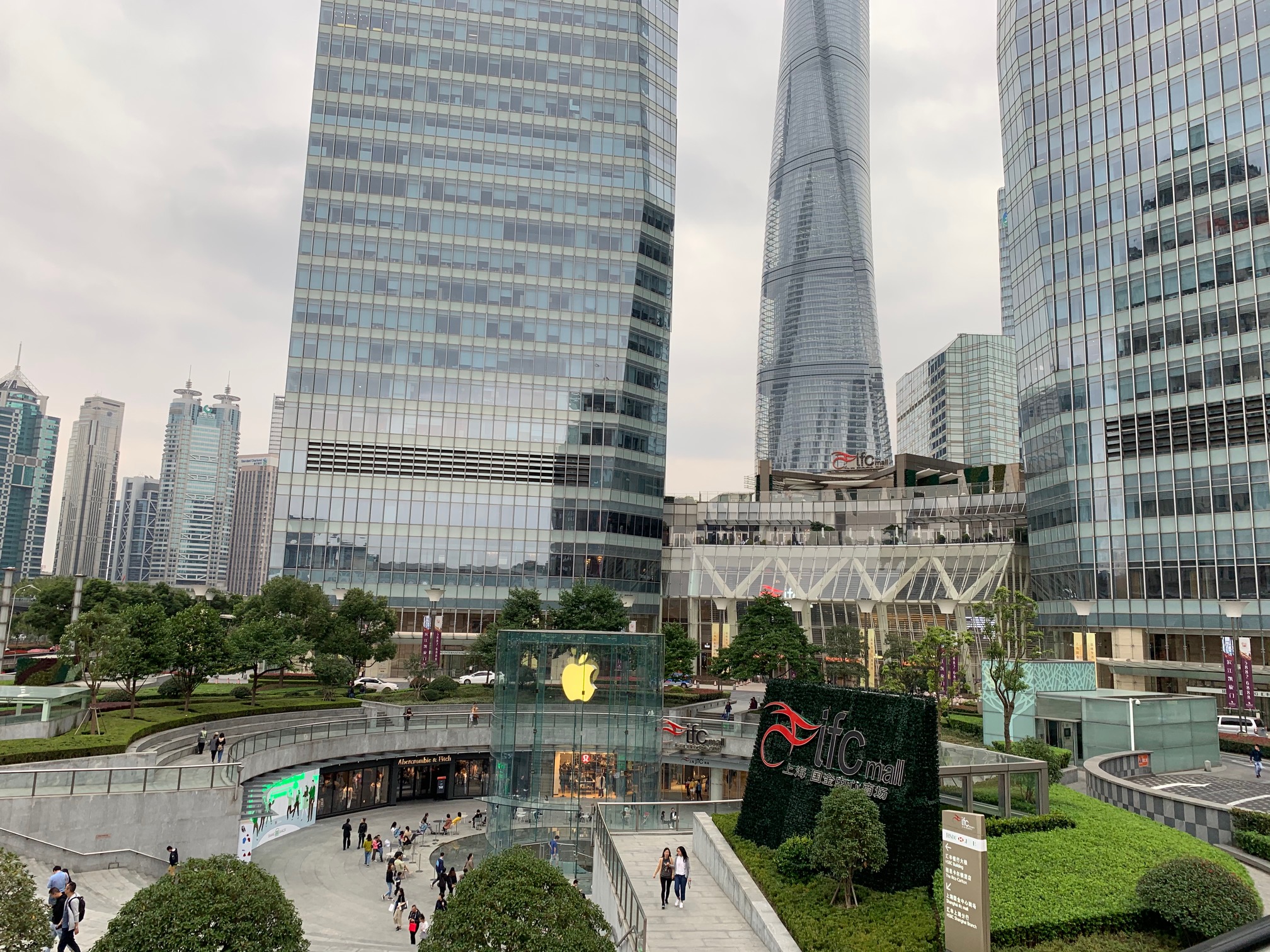 At the onset of China’s opening up, the West did not trade much with China. Over the last 10-20 years, the country has leaped into the world’s second-largest economy and its middle-class has flourished as a result of the increase in income. This has made the Chinese market an increasingly attractive market for European companies. However, some Western companies have experienced trade barriers operating in the Chinese market and are struggling to keep up with Chinese counterparts who operate under favorable trading conditions offered by the Chinese government that most foreign firms cannot compete with. To overcome these challenges and difficulties and to succeed in the Chinese market, European businesses need to acknowledge and address the economic, cultural and social differences between China and Europe.

One of the first things to consider is income levels in China. The World Bank Group reported that in 2016 the GDP per capita in China was USD 8,123 (€ 6,969). However, this number does not factor in other import data, such as monthly loan data, income tax data collected by the Chinese authorities and the number of people registered for work.

There is a lack of accuracy and consistency in the Chinese system to track Chinese people’s income. It is important to give an accurate idea of the actual income levels in China because, unlike the UK and the US, China does not have a personal taxation system in place, which means much income derived by a vast majority of the population is not being recorded. For example, in the private sector, it is common practice that employees are paid in cash, and no tax or national insurance contribution is then submitted to the government for deductions. Furthermore, unlike in the UK where company directors are obliged to declare income and tax owed to the government each year, no such mechanism is in place in China, which means that the existing data collected by the world’s prestigious organizations does not fully reflect the purchasing power of the Chinese.

It, therefore, can be concluded that the income level in China is higher than what was recorded by the World Bank Group. This is supported by the growing spending habits of the middle class in China where a significant increase in buying goods and services and traveling abroad can be observed. This is backed up by the report Outbound Chinese Tourism and Consumption Trend 2017 written by Nielsen, a well-known data analytics company based in the UK. In 2017, Chinese tourists made 130.5 million trips abroad, a jump of 7% compared with the same data released in 2016 by the Chinese data analytics company Caixin.

This increasingly affluent Chinese middle class has not gone unnoticed in Europe. It has attracted a lot of European companies to operate in China. Consultant Bain, a consultancy firm that tracks spending on luxury goods, claims that Chinese consumers now account for more than 30% of global luxury spending. When comparing income levels between China and the rest of the world, European companies should not focus only on China’s GDP per capita as a whole –this will underestimate the spending power of the Chinese consumer. Rather, investors should pay attention to sales figures from multinationals operating out of China. This would be far more accurate and precise compared to official data on the overall GDP.

Culture
Another thing non-Chinese companies need to consider before entering the Chinese market is culture. Cross-border trade requires minimizing cultural differences from one country to the other. From a cultural perspective, in China, most deals are hammered out based on Guanxi (which literally means relationships). The Chinese have a tendency of doing business with people they have a connection with. The odds of securing a business deal are much higher when you work on your connections.

Guanxi means you can have connections to government officials, or you can have connections to a person who is in a position of offering a favor to you. In the West, by contrast, your Guanxi might mean you belong to a network –perhaps an alumni association many people belong to and who regularly meet up to explore business opportunities. Regardless of what type of Guanxi you are connected to, you are tied by rules and regulations. For example, in the UK you are obliged to avoid conflict of interest.

While operating your business abroad, by law, you must comply with the UK Bribery Act 2010, which sets out rules and regulations that do not allow for bribing foreign government officials or businesses in return for B2B or B2C activities.

The cross-cultural differences between China and the EU give European companies a disadvantage regarding market rules and regulations, fearing regulatory repercussions for not complying with domestic laws. The consequences could be tremendous: the regulators back home might find your company for the misconduct committed overseas, or they may press charges against any of the executives on the board. In particular, many European companies argue that they have no control over what their Chinese counterparts do when securing a business deal. This definitely adds more uncertainty and confusion to multinationals operating in China.

A final challenge to overcome is the difference in legal systems. Companies and governments outside China, especially those in the West, have long barked at China for not committing to market opening and keeping its promises of lowering tariffs after joining the World Trade Organisation. Under existing Chinese regulations, either foreign companies need to seek a partner in China for doing a number of business activities in the form of a joint venture, or they are confined to sharing ownership restrictions for most business activities. The government has eased restrictions on shared ownership in some sectors in the last year, as reported earlier this year by Reuters; however, there is always a delay for policies from the central government to be implemented by the local authorities.

Municipal governments in China heavily rely on state-owned companies and Chinese companies for tax revenue. Easing restrictions on foreign companies will undermine the monopolistic position by Chinese companies over foreign companies in the Chinese market, which will result in less revenue from Chinese enterprises. But nevertheless, restrictions have yet to ease up on foreign-owned companies. Take the auto sector, for example. Foreign companies are required to team up with a local car marketer, often leading to forced technology transfer, in exchange for access to the Chinese market, as allegedly complained about by multinational CEOs in the yearly business confidence survey report in China compiled by the European Chamber of Commerce.

As for the joint venture option, instead of free-market access which was promised by the Chinese government, the maximum percentage of shares that a foreign company is allowed to own is 50%, also known as the 50:50 rule and that has sparked concerns in the EU about how European companies operating in China. Still, this stalling economic reform does not deter European businesses and individuals from entering into the Chinese market on the backdrop of a burgeoning Chinese middle class. Nevertheless, company law in China requires foreign companies to form a limited company with a minimum share capital of 30,000 RMB (€3,780), but in reality, the Ministry of Commerce has discretionary power to approve a company with shared capital normally at 140,000 RMB (€17,642). That is much higher than the minimum legal requirement to incorporate a company. Shareholders have a two-year period to pay the registered capital, otherwise, they might face penalties for not complying with the relevant law.

In Britain, by contrast, registering a limited company is just a click away on your computer. Companies House, the de facto government agency responsible for registering companies and recording company information, is accessible online. There are no restrictions on business activities when registering a company by foreign entities or individuals. Also, no share capital needs to be pledged before and after incorporation. In other words, you are not required to put up any registered capital to register a limited company, neither are you obligated to fully pay the registered capital after the operation. So all things considered, government restrictions in China are easing up, nonetheless, the hurdles to operate a business in China faced by European companies have not come to an end. In fact, many are still struggling with legal systems in China.

The Chinese government seems willing to talk about easing restrictions on foreign companies, but the implementation of government policies from the top to the local authorities has not been stressed. The local governments, from an economic point of view, are afraid of a slump in tax revenue, should they decide not to offer favors to Chinese companies. As a result, the promises of relaxing limits on foreign enterprises have not been fulfilled.

Conclusion
In conclusion, trade between countries can be very difficult, but it will never stop. To increase their chances of success, European companies wanting to operate in China should do some homework before entering into the market. Furthermore, European companies and investors should bear in mind there are significant cultural and economic differences between Europe and China. For Europeans doing business in China, regulatory hurdles in China are easing up slowly, but they might take time to be put into force. The EU, in the unity of all member states, has a responsibility to reach consensus with the Chinese government on an investment treaty which will ultimately clear all barriers on both sides.

This article has been published at Groningen Confucius Institute at Groningen University in the Netherlands, the details of which can be found on their website

We offer online company formation services in more than 25 countries here. If you have any business idea or would like to discuss how to venture your business out of your home market, then please do not hesitate to email us on customerservice@sindacorporation.com for more information.

Our mission is always to help businesses do business across the border.

Please chat with one of our business advisors during the working hours Monday to Friday 09:00 am to 6:00 pm UK time.

Case study of a client using our Business Matching

A non-resident offshore bank account allows you to manage your money easier amongst different jurisdictions.…

Alipay, or ZHIFUBAO in Chinese Pinyin,  is the most widely used online payment service provider in…